So… Beyoncé killed it at the Grammy awards last night! 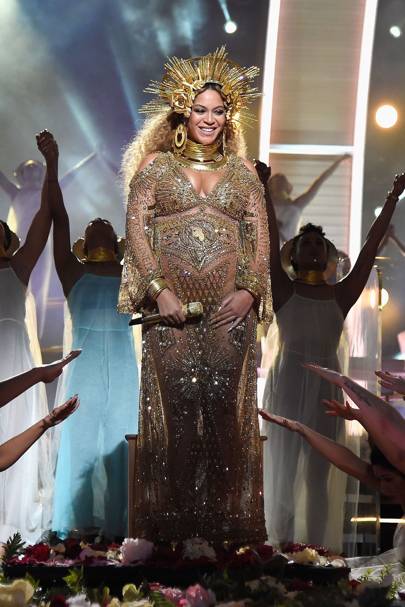 This was her first performance since announcing she is expecting twins and despite being six months pregnant she killed it on stage. Performing two tracks from the Lemonade album Bey looked sensational in an sheer gold embellished gown and stunning golden crown (of course). 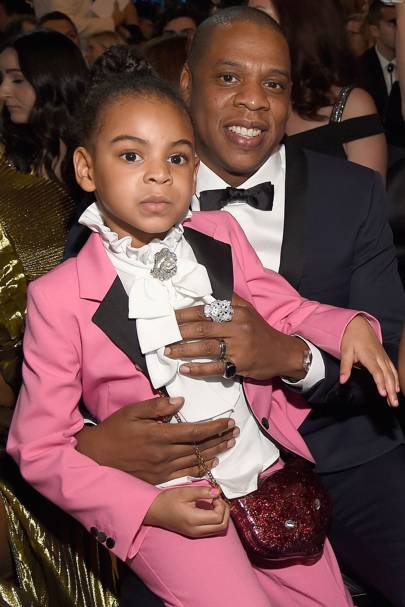 Proud hubby Jay-Z and daughter Blue-Ivy sat stage side during the performance. 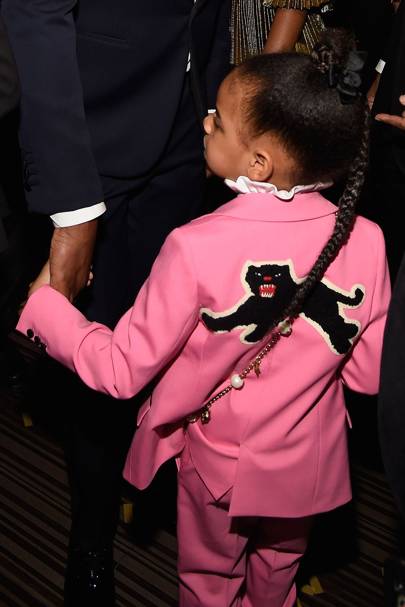 Diva in the making, Blue-Ivy stole the show in a super cute pink tuxedo. Embroidered with a black panther and teamed with Victorian-style ruffles… can she be any cooler! 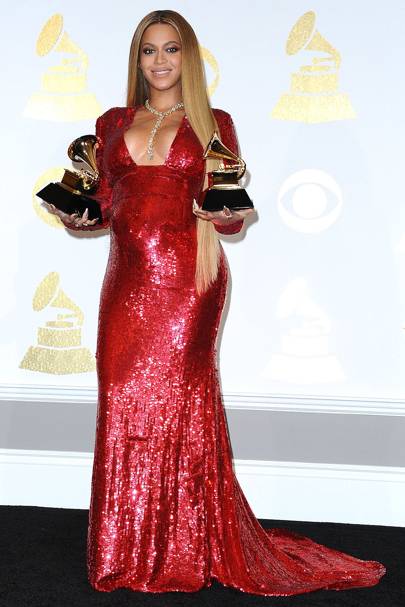 She was nominated for nine awards on the night and although she lost out to fellow diva Adele, she still managed to bag herself two of the golden gongs.

Another day, another slay… all in a days work for our girl Bey!